To bring Kiyan’s story to life while simultaneously reaching one of society’s most marginalised audiences and driving donations. Schoolboy Kiyan Prince was tragically murdered while trying to protect people from a boy with a knife. His father Mark has since made it his mission to use Kiyan’s legacy to inspire young people and remind them of their worth to society through the charity he set up in his son’s name.

On the 15th anniversary of Kiyan’s death, we brought him back to life as the footballer he would have been aged 30.

We worked with EA to turn him into a FIFA 21 player, collaborating with family and teammates to recreate his playing style and age him.

We worked with Framestore to create a photo-real virtual Kiyan and secured a dream move to QPR, Kiyan’s childhood club, who signed him and gave him the number 30 shirt. Topps produced a Match Attax collectable and Adidas gave him an in-game boot deal.

To deliver out-of-home impact, we partnered with JD Sports, who put him on their billboards across London.

Our work with The Kiyan Prince Foundation was the most-awarded campaign of 2021-22 and winner of a Cannes Lions Titanium Award. 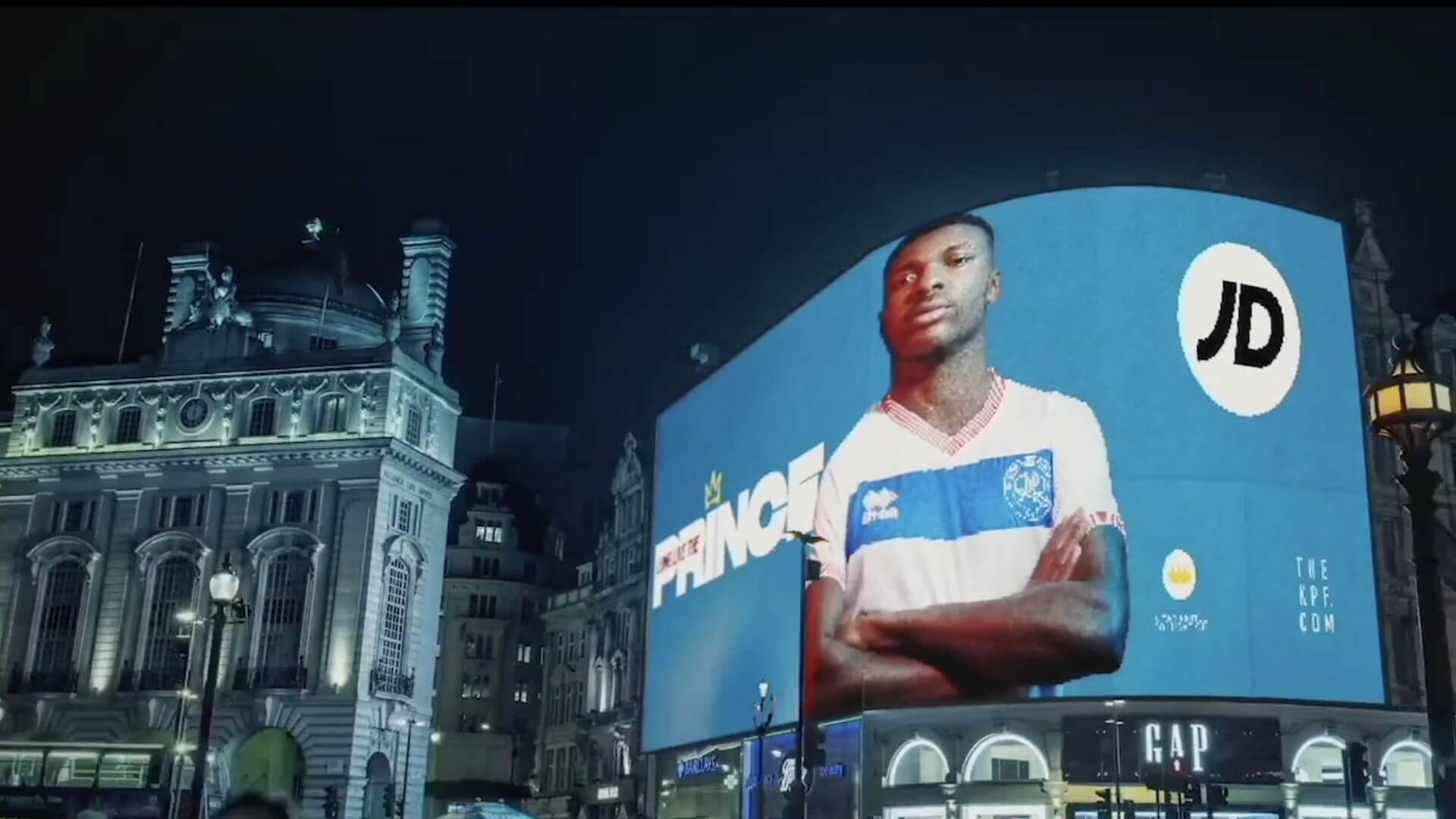 60%
heard Kiyan’s story
78%
said it was relevant to their life
54%
said they’d speak to the Foundation for help
This website uses cookies to improve your experience. We’ll assume
you’re ok with this, but you can opt-out if you wish. Read More.   Settings
Accept Decline
Manage consent