Scientists are polarising the public

In response to the latest report from the Intergovernmental Panel on Climate Change, the UK government’s Chief Scientific Adviser, Sir Patrick Vallance, wrote:

“The IPCC report is clear: nothing short of transforming society will avert catastrophe… individuals, employers, institutions and international partners will need to work together to understand the trade-offs, agree compromises and seize opportunities.”

In other words, reaching Net Zero will require sacrifice. But, as governments have found time and again — on issues ranging from house building to adult social care — agreeing on the problem is the easy bit. Building support for a specific plan is the hard part. A Government fond of Cakeism and fearful of a Red Wall backlash has delayed publication of the Treasury’s report into the cost of achieving Net Zero, precisely because it fears the political cost of that sacrifice.

Last year, when government needed lockdown compliance, scientists like Witty, Van-Tam and Vallance were deployed to make the case for sacrifice. It worked. The government will be relying on their persuasive power again.

However, the results of the second wave of the MHP Mischief Polarisation Tracker — our study of UK public opinion, produced with Cambridge University’s Political Psychology Lab — suggest that scientists are losing their reputation as unbiased seekers of truth, weakening their ability to galvanise public opinion.

Between Wave 1 of the Tracker (conducted December 2020 / January 2021) and Wave 2 (June 2021), voters became more likely to say that scientists were a biased source of information, with right wing voters registering a particular increase in perceptions of bias. While scientists are still seen by both left and right as the least biased source of information, this was the biggest shift among the six categories we examined:

Worse, scientists are the second-most polarising source of information on our list. This means they are at risk of taking on totemic status in the UK’s culture war, with left wing voters adopting them as being on “their side” and right wing voters rejecting them in response.

In this scenario, scientists’ words will be treated as unquestionable truth by the left and deeply suspicious by the right. This is both antithetical to the spirit of scientific enquiry and unhelpful to the cause of building political consensus.

Why is this happening?

The first cause is the politicisation of the pandemic, which has morphed from a “practical” debate about flattening curves to a “values” driven debate about what kind of society we want to live in. Scientists have been at the forefront of the debate and politicians have sought to borrow their credibility — instead, they have drained it.

The second is the media prominence of scientist-activists (most notably ‘Independent Sage’) whose biases have come under increasing scrutiny (note, our study pre-dated ‘Madeley vs Michie’ and the broader controversy over Sage’s Communist influences). Oxford scientist Trish Greenhalgh recently blamed the media for ‘pitting scientists against each other’ and feeding polarisation, but she was also one of the architects of a public letter by scientists that called plans to unlock ‘a dangerous and unethical experiment’ by the government. This is precisely the kind of language that polarises opinion.

The third is growing concern about biases within the Academy. From proposed legislation to defend free speech on campus to high-profile political protests by academics themselves, 2021 has seen a rise in the number of stories which blur the lines between academia and politics. While a recent study by Kings College found university bias to be a minority concern, focus on the issue is growing.

And finally, attempts to shut down avenues of debate and scrutiny inevitably lead to a backlash. The initial censorship of the Lab Leak theory did great damage, suggesting collusion between media, government, tech and the scientific community. If you believe that one of those institutions is biased, then the transitive law applies to the other conspirators. You are all as bad as each other in the mind of the observer.

As our Tracker data shows, the scientific community still broadly enjoys the public trust, but this cannot be taken for granted. Scientists need to exercise caution and be careful not to stray too often over the line between ‘what is’ and ‘what ought to be’. Most importantly, they should call out those who seek to use them as pawns in their political battles.

To win public support for action on Net Zero, politicians will need to rely more on science, but less on scientists. 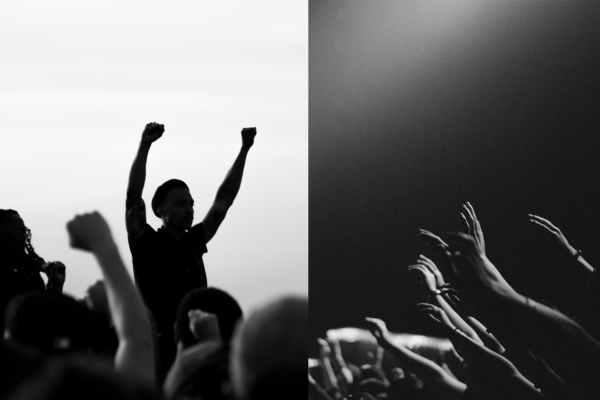 Introducing the Network Effect We live in a networked age. Overwhelmed by content and innately tribal, we selectively mute many ideas and opinions, choosing largely to listen to people like us. Inc...See More